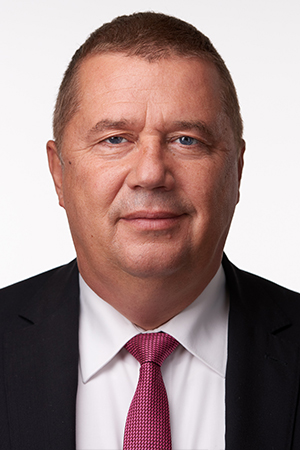 Zsolt Kovács earned his law degree at the Faculty of Law and Political Sciences of Eötvös Loránd University in 1990. He continued his studies at the University of London Queen Mary and Westfield College (UK Central European Legal Scholarship) in 1991, and at the T.M.C Asser Institute, The Hague, in 1993. He received a postgraduate degree in Insurance Law at Eötvös Loránd School of Law in 2002.

He started his career at the Hungarian Shipping Plc., from 1991 he worked at the market leader Hungária Insurance Company (today: Allianz) as an associate then as a legal counsel. In 2000 he became the chief legal counsel of the company. He was a member of the supervisory board of Allianz Hungária Pension Fund from its establishment in 1996 and of several international working groups operated by Allianz AG. He was a partner of Berke, Kovács, Molnár Law Office between 2004 and 2006. In 2006 he joined Gárdos, Füredi, Mosonyi, Tomori Law Office.

He is member of the Budapest Bar Association. He is member of various professional bodies such as the Legal Committee of the International Association of the Rhine Ships Register. He is the secretary of the Insurance Section of the Hungarian Lawyers’ Association (AIDA Hungarian Chapter). He is also the editor and co-author of the Commentary on the Insurance Act  (Hungarian Insurance Supervisory Law), co-author of one of the commentaries on the new Hungarian Civil Code (insurance contract law chapter)  and the author of various articles on insurance contract and supervisory law and transport law.

He is fluent in English.